Die Hard and its sequels

John McClane started off as something of an accidental hero—he just happened to be the guy who was in a position to stand against a ruthless gang of terrorist bank robbers when they threatened his wife and a whole lot of other innocent bystanders.  But he’s still a hero—he has to face unbelievable odds and surmount intense difficulties (remember when he ran across that broken glass in his bare feet?) in order to save others. And in so doing he helped to invent a new type of action hero in a new type of action movie, one that has been mimicked countless times since.  But none of them have been as memorable as Bruce Willis was in that first one.

I like Captain America a bit better than Thor as far as comic book characters is concerned, but the guy really makes this list because of Chris Evans’ earnest portrayal across eight (I think) Marvel movies…so far.  Cap has a fearlessness which allows him to stand shoulder to shoulder with more powerful characters like Iron Man and Thor, and is always committed to fighting for the right thing.  He never backs down, even when he’s outmatched, and is without a doubt the most inspirational superhero appearing in movies today (an honor that should go to Superman, but sadly, doesn’t).

The Three Investigators was a series of children’s mysteries that were originally written in the 1960’ by Robert Arthur, with other authors taking over later.  The titular characters were the bookish Bob Andrews, the athletic Pete Crenshaw, and the brains of the outfit, Jupiter Jones.  Jupiter was a pudgy teenager who had a sharp eye and a keen mind, who would tackle mysteries with the sort of daring and cleverness shown by the greatest literary detectives.  He wasn’t athletic, but was still fearless in the face of genuine grown-up danger, always seeking the truth.  He featured in something like 30+ mystery books, and was originally meant to be friends with Alfred Hitchcock, who would supposedly introduce the three characters in a preface at the start of each book.  Jupiter also lived in a salvage yard with his aunt and uncle, had been a child TV star, and had a chauffeur because of a contest he’d won.  Frankly, he was pretty cool.

Ray Bolger’s Scarecrow character from the classic family film supposedly has no brain, but clearly demonstrates lots of cleverness and smart thinking throughout the adventures he has with Dorothy and the others in their quest to meet the Wizard of Oz.  He is indeed the most fully-rounded of all the characters that Dorothy meets on her journey, displaying ample amounts of courage, and an almost father affection for Dorothy herself.

The Lord of the Rings film series

This is the second, but not last, character from Tolkien’s magnum opus to make it to this list, and again, it’s just from the film versions.  Elijah Wood’s courageous hobbit is ultimately at the centre of the epic story, as he alone has the capacity to carry the ring of doom to its destruction without giving into the lure of power that it represents…well, almost.  Frodo finally does give in to the Ring and attempts to abandon his mission when fortune (and Gollum’s obsession) result in it being destroyed anyway.  But this doesn’t take away from Frodo’s heroism, as he has braved unbelievable perils to even get that far.  Rather, it just demonstrates how difficult the load of the ring has actually been, and just strengthens the character.

I’m actually not a big fan of the Fantastic Four, or of the Thing.  But I just couldn’t leave him off this list.  There’s something about the Thing’s tragic story (permanently mutated into a big orange rocky monster) combined with an overall positive attitude and courageous manner which screams hero.  He’s a great and enduring character, as created by Stan Lee and Jack Kirby, in many ways the most popular and iconic member of the Fantastic Four.

Jack O’Neill was a career military man whose work the Stargate program was essentially built off of.  At the start of the series, many systems are under the thumb of the Go’ald empire, but it’s O’Neill who convinces the lead alien warlord’s number one soldier to turn on his master.  “ I can save these people,” O’Neill implores. “Help me! Help me.” “Many have said that,” the soldier replies, “but you are the first I believe could do it!”  And thus the series’ main story gets underway.  Richard Dean Anderson took over the role of Colonel O’Neill from Kurt Russell when Stargate became a TV series, adding on “l” to his name and a lot of humor to the character.  It was a welcome adjustment, and helped to keep things lively on the long-running science fiction series, but it was never allowed to undermine the drama of the story. 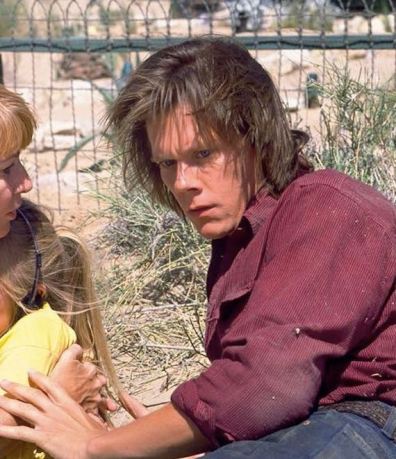 I have written before about how Tremors is not just a good monster movie, but a good movie overall.  Along with that, Valentine is a great hero—a simple handyman from the country who reacts to the extraordinary events around him with courage and tenacity.  It is Valentine who realizes that the last “graboid” that they are facing is smarter than the ones who came before, and who eventually figures out how to defeat it with the last stick of dynamite that he and his friends has.  And of course, at the end, Valentine even overcomes his nervousness at the social differences between he and graduate student Rhonda, and gets the girl!  Kevin Bacon apparently thought he was in a career low when he did Tremors, but he actually created a memorable and relatable character in this fun and exciting project.

Raiders of the Lost Ark and its sequels

Indiana Jones has got a bit of a single-minded obsession with getting artefacts into museums that does diminish his heroic positioning a bit, but it’s more than made up for by his courage, resourcefulness, and overall awesomeness.  Pretty much everything about him—his whip, his hat, his jacket, his smirk—is iconic.  Harrison Ford (in one of two characters that he’s known for who is on this list—can you hazard a guess who the other one is??!) helped define what a movie hero is when he first played this part, bringing charm and humility to guy who might have otherwise been a brutish non-stop killing machine.  More than any other role, this role cemented him as a legitimate movie star.

The Adventures of Buckaroo Banzai–Across the 8th Dimension

Buckaroo Banzai is a hero in the vein of characters like Doc Savage from the old pulp adventure stories.  He’s a genius inventor, scientist, surgeon, explorer and rock star.  Within his own fictional universe is the biggest hero there is, and it’s easy to see why:  he bravely faces the frontiers of human and inspires others to do the same, even as he works tirelessly to prevent the destruction of the earth due to a complicated political scenario with extra-dimensional aliens.  Buckaroo Banzai was played by Peter Weller, who also played the titular Robocop.  The character has never gotten a lot of press outside of an obscure cult audience, but maybe that will change now that he got name-checked so strongly in the recent Ready Player One.