Super-busy, traveling soon, managed to get to the theatre to see the new movie that theoretically should everything my geeky and DC Comics-loving heart would want to see…

But what can I say?  OK, first of all, Batman v Superman:  Dawn of Justice is not a terrible movie.  I’ve seen worse:  worse movies (eg A Good Day to Die Hard or Olympus Has Fallen), worse superhero films (Fant4stic or Green Lantern), and even worse movies featuring Batman or Superman (like Batman & Robin or Superman IV: The Quest for Peace).  It’s got overall competent direction, fairly memorable visuals, decent performances (and some really good ones) and a plot which on the whole at least adds up at the end.

However, it is a film that has problems.  Lots of them.  Problems with pacing, with some of the action sequences, a story which takes the characters forward in real fits and starts.

Ultimately, my biggest problem with the movie is Superman himself.

This is the same sort of challenge I had in Man of Steel.  Somehow, this version of Superman is just someone that I come away with absolutely no connection with.  I don’t relate to him, I don’t see myself in him, I’m not inspired by him, I don’t admire him, I don’t fear him, I’m not nervous about him.  I’m just watching him and waiting for him to have something interesting to say.  Or maybe I’m just in a bit overwhelmed by the power of his hugely amazingly biceps.

Now, to be fair, Superman does spend some time as Clark Kent in this movie, glasses and all, and that helps the character a bit.  We can see a little about the humanity of this guy in his relationship with Lois (who knows his secret) and with his boss at the paper.  And he also has a pretty cool heroic sacrifice at the end which I quite liked.  But it’s all just snippets which, while forming part of a coherent plot, don’t create a meaningful story, or anything so grande as a “character arc” for the Man of Steel.

Batman does a bit better, with a very earnest performance by the once-maligned Ben Affleck.  He’s fantastic in the movie’s opening set piece, in which Bruce Wayne desperately tries to save his employees from the devastating events of Man of Steel.  This sets up, quite believably, the grim determination that the Dark Knight demonstrates from then on to find a way to take down what he sees as a catastrophic threat to humanity.

But after a while his story just starts to tread water, not really altering its course or taking any twists along the way, until the end when he finally relents.  This is done with the nifty device of having Batman realize that Superman’s mother has the same name as his own (which in real life is just a big comic-book coincidence), but the moment doesn’t really sell the moment because, again, the story-arc hasn’t really been developed.  So when we finally get to the two heroes working together, it just feels like something that had to happen to force the story along, rather than something organic to the story.

The whole battle between them–ostensibly the epic centerpiece for the film, is disappointing in fact, and neither hero comes across very well.  Batman looks like a bit of a gullible fool (we’ve learned that he’s been quite easily manipulated into this moment by Lex Luthor).  And Superman looks like a short-tempered idiot (because he’s learned about Luthor’s trick but only make a single half-hearted effort to tell Batman the truth before he starts punching back.) 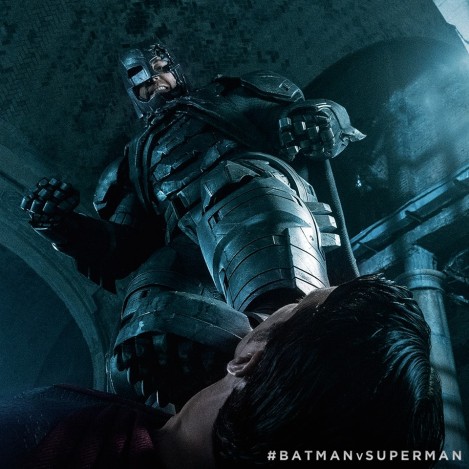 I have some other nitpicks as well, that I just can’t go by without mentioning.

• There are a lot of dream sequences in this movie.  I remember when the 2nd or 3rd one came up about 20-30 minutes into the film, that I began to get worried.  They could be visually inventive but tended to not advance the story, and to contribute to massive pacing problems.

• Ugh, we’re back to a crazed criminal-slaughtering Batman.  Are there really people who miss that aspect of the character from the Tim Burton-verse?

• The attack on the capital was well done but why is Superman just standing there looking around afterwords?  It’s one of the weakest story beats of the character.  Everyone seems to know that it was the wheelchair that contained the bomb, why isn’t Superman using his super-journalistic skills to figure out where that came from?

• Why does Superman go to confront Batman after he learns of Lex’s treachery?  Why not just go and hide and keep an eye on Lex with his powers and try to trace his mother?  Indeed, why doesn’t he just fly around at super speed and use his super-vision and super-hearing to figure out where Martha is?  Remember, this is a problem that Batman goes onto solve in about five minutes.

• Why have Batman purposely lure Doomsday back to the city?  I know the idea was that he was doing it to put him close to the Kryptonite weapon that they needed, but didn’t it seem ridiculous that the hero would purposely lure this massive killing machine back to a population center, even if the dock was deserted?  Why not just have Doomsday start heading for the city on his own, making it more urgent for Batman and the others to do something about it before it was too late.

• Why show Lois Lane drop the spear into the water only to have her try to recover it later?  Surely there could have been some other excuse for the spear to go under water that wouldn’t involve Lois causing her own problems later on.

• Would it have killed anyone to have had some humor and camaraderie in this film someplace? 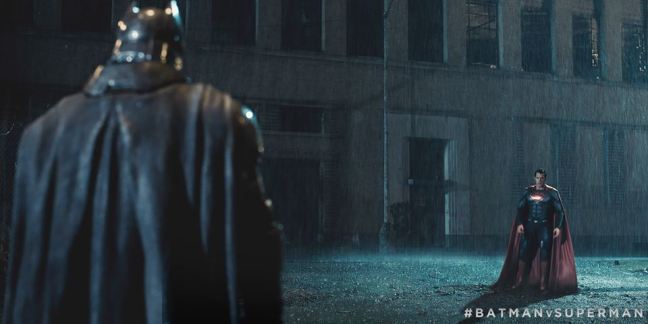 But there were things I liked as well:

• As many have stated, Wonder Woman was pretty cool.  It wasn’t that she was a great character or anything, but it was just sort of awesome to see her standing there with her sword fighting alongside the boys, and being kind of amazing against Doomsday.

• The cameos with the Flash, Aquaman and Cyborg are all pretty nifty as well, even though they are of course absolutely tangential to the story (as they should be, really).  The Flash is of course the most interesting with his warnings from the future, teasing big things for the future of DC’s shared movie-world.

• I am amazed that Jesse Eisenberg’s Lex Luthor is not nearly as annoying as he comes across in the trailer.  He is nothing like any other version of Lex Luthor I have ever seen or imagined (indeed, none of the characters in the film are really anything like any version of any of them that I have seen before in a comic book, except maybe Lois Lane), but he is compellingly disturbed and twisted, and I found him interesting.  As an aside, he also reminded me of James McAvoy’s Charles Xavier from the recent X-Men movies when he’s in that spiffy wheelchair during that one scene.

• As I said, I like the heroic sacrifice of Superman, and I overall like the positioning of the DC cinematic universe that have at the end of the film.  I like the idea of Batman standing by Superman’s grave realizing that he made a terrible mistake, and inspired by Superman to do whatever needs to be done to deal with injustice in the future.  I don’t think the film brought us there very skillfully, but I like the status quo, and think it’s a great set-up for Justice League.

Hmm, on the whole it seems I’ve got more things to complain about than things to cheer.  Oh well, just like Man of Steel, sadly.  Let’s hope that whenever these characters turn up next, we get some awesome stuff in which Superman finally can become a character who means something to us.

2 thoughts on “Batman v Superman: Who Will Win? (Not really the fans, I don’t think)”