And we come to the conclusion of Big Finish’s first series of Lost Stories – adventures based on scripts or story ideas that were created for actual television adventures of the day, but for whatever reason never made it there.  Like all of the first series of these, The Macros stars Colin Baker as the 6th Doctor and Nicola Bryant as his companion Peri.  Strangely, it was co-written by horror movie star Ingrid Pitt (who also appeared in a couple of the show’s serials over the years). 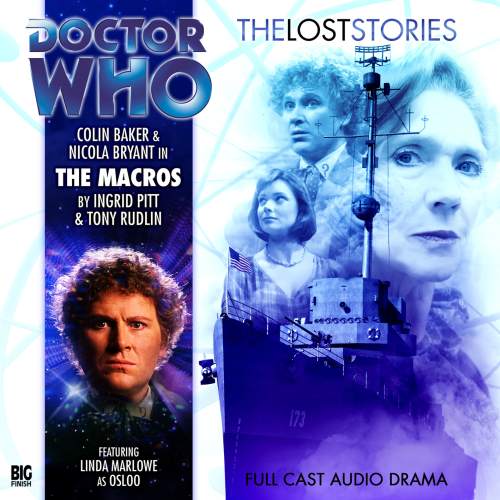 END_OF_DOCUMENT_TOKEN_TO_BE_REPLACED

The Song of Megaptora is the penultimate adventure in Big Finish’s inaugural “Lost Stories” season, made up of stories that were initially written or proposed for the TV series, but were never produced.  In this case, the history is pretty convoluted, as The Song of Megaptora started as a comic story featuring the Fourth Doctor before being rewritten for TV featuring the Fifth Doctor (and introducing Turlough!) and then again for the Sixth Doctor.

END_OF_DOCUMENT_TOKEN_TO_BE_REPLACED

Up until now, I haven’t been terribly impressed by the quality of the Lost Stories range of Doctor Who audio dramas from Big Finish.  My waning interest combined with the fact that the preview made it sound like one of the adventures, Leviathan, was to do with a demonic forest spirit that stole people’s souls (the sort of thing I find off-putting) almost led me to skip this particular entry together.  But I gave it a go, and I’m glad I did.

END_OF_DOCUMENT_TOKEN_TO_BE_REPLACED

I don’t seem to have any way around this – after three efforts (see also here and here), I’m not really enjoying these Colin Baker / Nicola Bryant headlined Lost Stories of Doctor Who. Again, for the uninitiated, the lost stories are considered “lost” simply because they were never produced. They aren’t, of course, the series’ true lost episodes, which are the ones that the BBC erased from their archives and have never been recovered. These are stories which for one reason or another were abandoned when they were still at the script stage. In the case of The Hollows of Time (and the others I’ve commented on), it’s because of the original plans for Season 23 of the classic series being scrapped when the series was put onto hiatus, with all in-development stories being put aside in favor of the odd experiment that was The Trial of a Time-Lord. 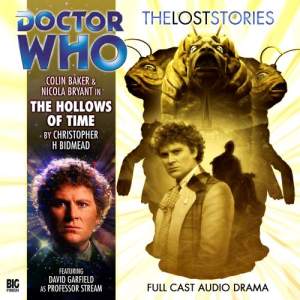 END_OF_DOCUMENT_TOKEN_TO_BE_REPLACED

It’s my second outing with the Missing Adventures line of Big Finish’s Doctor Who adventures, and this time we’re going with Mission to Magnus.  For those not in the know, this line is based on bringing to life Doctor Who stories that for one reason or another were never produced.  And the run of stories that I’ve come into possession of all feature Colin Baker as the Doctor, with Nicola Bryant as Peri, as they come from the non-existent Season 23 which was being planned before the series was put on a forced hiatus, leading the production team to axe all their plans and replace them with The Trial of a Time Lord (for better or for worse).

Last time, when I wrote about The Nightmare Fair, I talked about how disappointed I was in the utter lack of story that the title contained, in spite of containing the welcome return of the Celestial Toymaker.  Mission to Magnus certainly rectifies this. 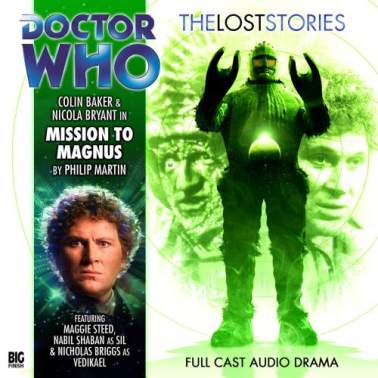 END_OF_DOCUMENT_TOKEN_TO_BE_REPLACED

Man, Big Finish has an enormous output.  I love Doctor Who and I enjoy seeing every episode of the show that I can, but when I look at the scope of what Big Finish has created since it started making Doctor Who audio dramas back in 1999, and it’s just clear that there is no way I’ll ever have time to catch up on all of it (unless, you know, I end up in that well-stocked Antarctic bunker I’ve often thought about).  In addition to their “Main Range” of dramas, which is hitting it’s 200th release around now, there are various and sundry other lines of Doctor Who-related material – stuff featuring Daleks, Cybermen, Time Lords, Alternate-universe stories, literary companion Bernice Summerfield, Sarah Jane Smith, and on and on.  Add to the time the money issue (most of the dramas cost $20 or more) and it seems pretty clear that there’s a lot of material I’m never going to listen to.

And then along comes Humble Bundle, with their unbelievably cool deal of offering tons of stuff for whatever you want to pay for it (although you need to hit certain marks if you’re going to unlock certain parts of each package) and all of a sudden I have a pile of Doctor Who audios that I never thought I’d get around to buying.  All of that to lead up to The Nightmare Fair, a drama from the “Lost Stories” line.