So lately I made a Youtube video, for the first time (I’ve made films before, and put them on Youtube, but I never made a video specifically to just say stuff on Youtube) in which I share my 101 Films That I Love the Most. You can see the video and read all about it here.

In addition to making this video, I thought I’d also share it in writing—for easy reference in case you or I don’t feel like listening to me talk about this over 40 minutes of real time.

END_OF_DOCUMENT_TOKEN_TO_BE_REPLACED

And the countdown to my favourite fictional hero continues.  In this instalment, we have three, count ’em, three artificial life forms.  And a guy who is mistaken for an artificial life form.  And there are four female characters, which is tied for as many as we’ve had in a single list.  Two of them are attractive European-accented brunettes, one is an animated Mom, and one is a child from a book.

END_OF_DOCUMENT_TOKEN_TO_BE_REPLACED

After a fourteen year wait, the sequel to 2004’s The Incredibles has finally come to the big screen.  In today’s sequel-heavy climate, it’s a bit surprising that it’s taken so long.  Indeed, nowadays we could hardly have been surprised if those 14 years had been filled with a part 2, a part 3, a prequel and baby Jack-Jack getting his own spinoff trilogy.

But as it is, we’ve just got one film…finally.  Not that we haven’t wanted more.  The first film was a real winner–it successfully blended fun action sequences with stylish visuals, engaging characters, lots of humor and a decent plot.  The superhero stuff in particular, whilst not original to anyone with familiar with comics, was visually innovative and, generally speaking, way cooler than anything we’d seen in animation up to that point.

So how does this sequel measure up?  Does it measure up to the expectations that we have of a sequel of one of the famed superhero family animated classic?

END_OF_DOCUMENT_TOKEN_TO_BE_REPLACED

The dehumanizing impact of machines.  The possibility of mankind being destroyed by its own creation.  The question of artificial intelligence exceeding its programming.  The nature of life itself. END_OF_DOCUMENT_TOKEN_TO_BE_REPLACED

So, actually the topic as presented to me (taken from a list that I had originally suggested) was “Suicide Fake-Outs”, though my friend wasn’t sure what that actually meant.  I’ll explain that in a moment, but since I could only think of two examples, I thought I’d expand the topic to just “fake deaths” in films in general.  END_OF_DOCUMENT_TOKEN_TO_BE_REPLACED

I will get to my thoughts on the new film Mission Impossible Rogue Nation in just a moment, but first, a bit of context…

I have a bit of a love-hate relationship with the Mission Impossible franchise. For example, I love the original TV series from the 1960’s. (Do you guys even know that it’s based on a TV series? So many people I talk to haven’t got any idea). I loved characters played by the likes of Steven Hill and Martin Landau and Barbara Bain. I loved the weirdly repetitive formula with the self-destructing tape bit, the needless dossiers, the apartment scene, the really complicated scams, the brazenly confident drive away at the end of each job completed… END_OF_DOCUMENT_TOKEN_TO_BE_REPLACED 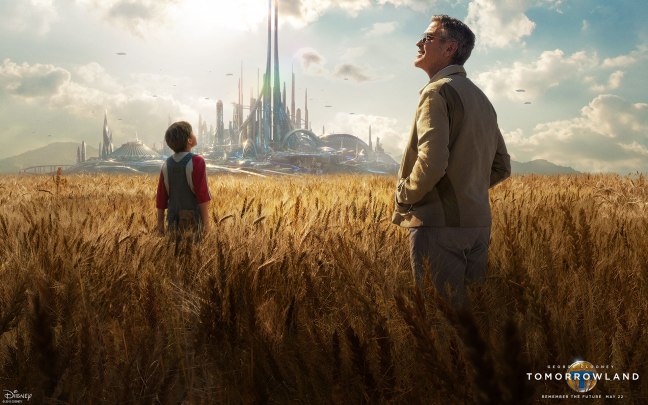 Now, the mixed-bag that is Tomorrowland has been well documented by many critic and reviewers, do I really need to add anything?  I feel like I do, or at least I want to, because I’ve been a bit slow on this blog lately and because this was a movie that I was really hopeful for.  Upon what were those hopes founded?  Really, not much, except for the trailers.  Or just certain bits of the trailers.  The imagery of young Casey being transported upon touching that pin – the cleanness of the transition and the frightening mystery of what is happening really gripped my imagination. END_OF_DOCUMENT_TOKEN_TO_BE_REPLACED

The Mission: Impossible movies have been a source of ongoing frustration for me. END_OF_DOCUMENT_TOKEN_TO_BE_REPLACED