A couple of months ago, I turned 50 years old!  And to add to all the real life goals and challenges that that brings, I’ve created at least one as it relates to movies and this blog–watch a film I’ve never seen before which cam out in each year of my life (thus the “Old-New” terminology), and then write a bit about it.  This is Post #9.  Spoilers ahead. 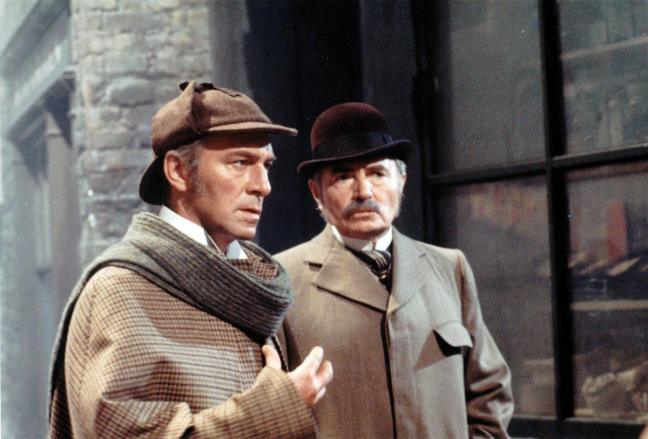 What it is about:  Sherlock Holmes and his friend Dr. Watson get drawn into an investigation into the activities of the notorious Jack the Ripper, and discover a conspiracy that involves anarchists, royal scandals and the highest offices of government.

My impressions of this movie before I watched it:  I’d never heard of this movie at all.  Of course, I’m familiar with Sherlock Holmes, but this isn’t a story based on anything Arthur Conan Doyle wrote.

Reality:  The film is Sherlock Holmes versus Jack the Ripper.  Although in this case, Jack the Ripper isn’t simply some deranged serial killer, but rather a conspiracy to kill off everyone who might know about the indiscretions of a member of the royal family.  It’s an engaging and complex mystery rings true as a Holmes-style adventure but is completely steeped in the social undercurrents of the day–a far cry from any sort of escapist fantasy that one might expect from this genre.

Sherlock Holmes adaptations have rarely been light, family viewing, but Murder by Decree is particularly dark.  There are several brutal and grisly murders (although not especially bloody, as this is a mainstream movie from the 1970’s) and time and again Holmes actually fails to help the people that he is trying to protect.  And Christopher Plummer’s Holmes is of a particularly kind-hearted and tortured variety–he is legitimately heartbroken about the social ills of his culture and laments his limitations in doing anything about them.  The victims of the crimes he’s investigating stir his compassion more than in any version of Holmes that I have seen, which humanizes the character but also threatens to play as a little hokey at times.

Holmes’ famous deductive abilities are actually downplayed in this movie.  They are still present but it’s never the focus of the story and it’s not really played as just a trick that he does, like you often see.  Plummer’s Holmes is balanced out by David Mason as Dr. Watson, who does a good job hearkening back to the old-fashioned comic-relief portrayal of the character while still treating him as intelligent and capable, and not as a buffoon.

Murder by Decree is directed by Bob Clark, who also helmed one of my favorite movies, A Christmas Story.  He also did Porky’s (which I’ve never seen and never will) and Baby Geniuses so whoa…what?  Never let it be said that the guy didn’t have range, or at least aspire to.  The leads are backed up by really impressive cast of stalwarts, including David Hemmings as a police officer with a secret agenda, Donald Sutherland as a psychic, John Gielgud as the Prime Minister, and Geneviève Bujold as the woman around whom the whole mystery revolves. 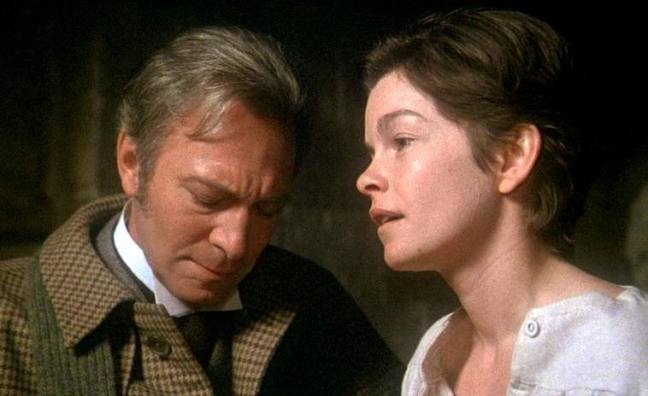 So…when you get down to it, what did I think?  I thought this was a well made, atmospheric mystery with good cinematography, but a far cry from my favorite rendition of Sherlock Holmes (though I do not consider myself an expert).  There’s a bunch of others, including Jeremy Brett, Benedict Cumberbatch, and even Nicholas Briggs’ audio performance (see here), that I find to be more engaging portrayals.

By the way, I watched this movie on a DVD that I bought when I was quickly looking for a way to spend some store credit that I had when I had to return a gift that my friend Josh L. bought me for my 50th birthday (because it was a movie I already owned).  So…thanks Josh!