I’ve written a few of these posts lately, which have mostly come about because of spending money I received for my 50th birthday.  In this case, however, I bought the DVD for The Talons of Weng-Chiang a long time ago.  I’d made a couple of false starts on it, but only now have gotten round to finishing it–motivated in part by my desire to show it to one of my nerdier daughters. 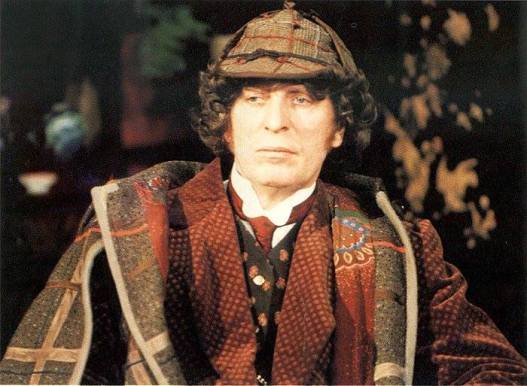 The Talons of Weng-Chiang

The Talons of Weng-Chiang is written by Robert Holmes, who has the current script editor of the show at the time, and is one of the most celebrated contributors to Doctor Who scripts from the classic series.  It was the last story to be produced by Philip Hinchcliffe, who had done a celebrated run of stories for most of Tom Baker’s era with the show to that point.  Hinchcliffe’s successor, Graham Williams, sat in on the production, and Williams’ successor, John Nathan-Turner, started his work on the program as a Production Unit Manager.

The Talons of Weng-Chiang has long had a reputation as one of the greatest stories in the history of Doctor Who, and indeed it’s easy to see where this reputation comes from.  There is a lot here to recommend, including some outstanding character work with the Doctor, Leela, Henry Gordon Jago (Christopher Benjamin) and Professor Litefoot (Trevor Baxter).  The two guest stars make for a good double-act, but there is also some really delightful scenes between them and the regulars–I especially enjoy the contrast of manners between Leela and Litefoot.  It’s stuff like this that helps make Leela one of my favorite companions.

The story also features some wonderfully-realized period atmosphere.  The Victorian setting allows the story to riff on both Sherlock Holmes and Eliza Doolittle, which brings out some fun dynamics with the time travelers.  The foggy London streets, the murky sewers, and the old-fashioned theatre…it all looks great and makes the story wonderfully immersive.  And Mr. Sin (Deep Roy)–a murderous ventriloquist’s doll–makes for one of the creepier threats the show has offered.  And it only gets worse when you find out that he was originally a child’s toy who went evil, partly because it contained part of the brain of a pig!

Having said all that, in the cold light of 2020 there are certainly flaws to the story.  The giant rat, unsurprisingly, looks terrible–literally like an oversized stuffed toy. The plot is great but it basically comes to an end after four episodes, artificially extending simply because one of the villainous underlings simply drops an important piece of equipment after stealing something he needed. Some of the fight choreography, especially in later episodes, is pretty badly staged.

And of course, there’s the show’s most notorious problem, which are the uncomfortable cultural depictions of the Chinese:  most of the Chinese characters don’t really have a role in the story beyond being shadowy and mysterious killers.  Furthermore, the Doctor often agrees (at least tacitly) with the Londoners’ suspicions about them.  And at one point, the Doctor is supposed to be speaking Chinese but in reality is spouting a bunch of gibberish.  And finally, the one properly developed character, Li H’sen Chang, is played by a white actor.  Of course, this is something that was pretty common practice back in the day but that doesn’t prevent it from being pretty awkward now.

Still, the story is a strong one and quite enjoyable, and I think John Bennett’s performance as Chang is quite good.  Christopher Benjamin and Trevor Baxter returned to the roles of Jago and Litefoot in a whole bunch of Big Finish audio adventures, with and without the Doctor, Leela and others.

Ultimately, it’s by no means flawless, but still an extremely worthy story.

4 thoughts on “The Talons of Weng-Chiang [Classic Doctor Who]”