It’s Week 3 of where I just talk about all the bits and pieces of the week which haven’t (and probably won’t) make it into their own articles. My intention is to do this every week as a form of logging and journaling, but we’ll see how that goes. 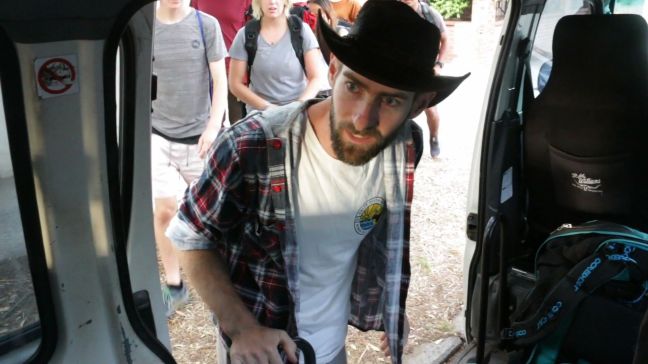 By a huge margin, the vast majority of my time, both creative and otherwise, has been spent this week working on a new film which we are showing at our YWAM Perth staff retreat.

The story goes back to last year, when My Friend Rod and I wrote and produced Lost in Spaces (see it here), an in-joke filled extravaganza about the strange world that one of our Youth With A Mission staff find behind the doors and behind the walls of our YWAM base. It was a huge success with our target audience, which is everyone who is part of YWAM Perth. 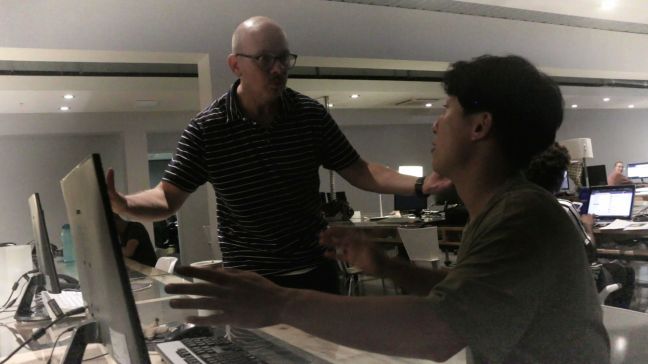 So this year rolled around and soon it was time for another staff retreat. And so Fod began to bring up the idea of doing a follow up. There was some hemming and hawing on my part. All the thoughts you always hear from movie directors and movie stars rolled about sequels rolled through my mind—“I don’t want to do it just for the sake of doing it,” “I only want to do it if we can find the right story,” “We need to have a legitimate story reason to revisit these characters again”…that sort of thing.

Anyway, Rod and I met up, chatted for an hour and then talked story for a couple of hours more, and we came up with the basic plot of what is now completed and will be debuting at our staff retreat this Wednesday night (two days hence). It’s not called Lost in Spaces 2, but rather, like the Rambo franchise, or like Indiana Jones, it has been renamed after it’s most popular character, and is called…

Once we are past staff retreat and I’m able to do a few finishing touches on the project at a bit more of a leisurely pace, it should also find a home online for those who want to get a glimpse this humorously distorted view on YWAM Perth.

In addition to this, I did watch a fair bit of TV. The non-Doctor Who viewing neice that I mentioned last week turned out to be willing to watch a bit of Doctor Who after all, and so my daughters and I found time to finish The Day of the Doctor and also to wrap up Matt Smith’s era with The Time of the Doctor. My very emotional daughter didn’t cry as much as she expected with to, but we did all have a fun laugh at these reaction compilations that someone has put up online:

(No mockery here. I probably would not record myself watching these things, but for sure I’ve had some similar facial expressions going on while I’ve been watching things I’m invested in).

Of course I also watched the end of the current series of Doctor Who, with The Timeless Children debuting over the weekend. It took me a while to process my thoughts about the story, but I finally did so here.

To cleanse my palate from this relatively unpleasant experience, I activated my free month on Amazon Prime Video and have started watching Star Trek Picard. I’m five episodes in so far, and so far I’m enjoying it, though not loving it. It’s a strange experience seeing it—I both want it to be a retread of Star Trek: The Next Generation and I’m glad that it isn’t. The show has gone in some dark directions—it has soured Picard’s relationship with Starfleet, it turned Seven of Nine into a wounded vigilante, it has killed off Icheb and Bruce Maddox and I think it’s about to kill off Hugh the Borg (thanks for the potential spoiler, internet). But still, I’ve been enjoying it and I’m interested to see the mystery unfold.

Still, it makes me miss the days when a Star Trek series could be about a crew going on missions for Starfleet. I guess in today’s day and age it’s hard to treat a large political organization with unabashed optimism.

My wife and I were also excited to see that the new season of Endeavour had started. Endeavour is the prequel series about Inspector Morse, which I have watched far more than I ever did Morse. The debut episode of Season Seven was directed by series star Shaun Evans, and was certainly enjoyable, even if I think maybe the glory days of the show are behind us.

The final thing to mention is that I spent some time this week with my two younger daughters and my niece playing an Adventure game called The Dungeon from a company called Kosmos. 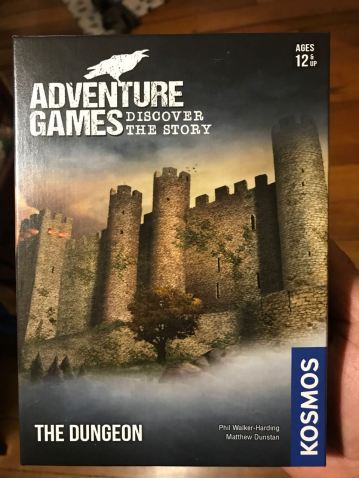 We’ve done several card-based “Escape Room” games by the same people. In this case, they’ve worked out a way to simulate a point and click exploration / puzzle solving game using cards. We had quite a good time with it. The puzzles weren’t terribly difficult, so it wasn’t very hard getting to the end of the story, even though it was still enjoyable and satisfying. And we know we missed a lot on the way through—enough that my daughters want to replay it at some point.