Sometimes, it all just comes together.

I’m sure that’s not how anybody felt as they were making this movie. The road to it getting to the cinema was a long and hard one, but it’s sure to please those who are interested.  Whether you are one of those people depends almost entirely upon your enjoyment of Aretha Franklin herself, or of gospel music. 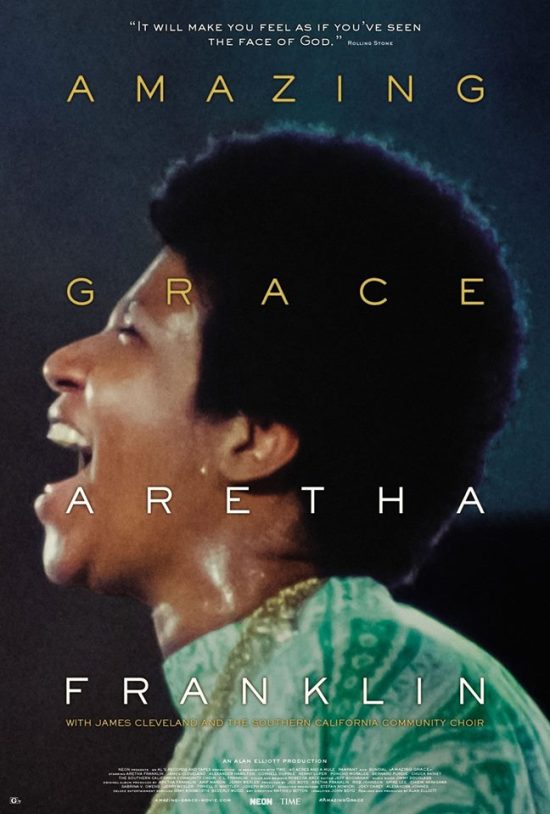 I’m someone who has enjoyed both but is an aficionado of neither.  But even I, with my untrained ear, can appreciate just how marvelous a thing it is to hear Aretha Franklin singing.

The movie is a simply a presentation of the two nights in 1972 when Aretha Franklin, the Queen of Soul, performed at the New Temple Missionary Baptist Church in in order to record the live album that was also known as “Amazing Grace”. After some introductory remarks by Reverend James Cleveland (who features as a singer and piano player throughout the show) and an opening number by the Southern California Community Choir (who accompany on the album), Aretha. Franklin herself is welcomed in.

She enters, sits at the piano, and after a pause starts singing a piece called Wholy Holy, and the effect is electrifying.  Her voice is so clear, so powerful, and so emotionally charged when paired with the gospel music that was her heritage, that you can easily see why this recording ended up being the best selling live gospel album of all time and the best selling album of Aretha Franklin’s career. 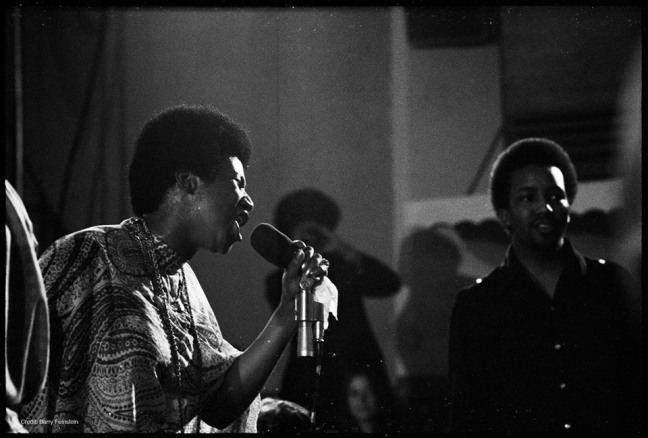 But for years, it stubbornly resisted being a film you could watch.

The story goes that Sydney Pollack–already an experienced filmmaker–was hired by Warner Bros to direct a concert documentary of the show.  He had a bunch of camera people record something like 20 hours of footage.  However, due to post-production difficulties with syncing the footage and audio recordings, the movie was not completed at the time, and ended up sitting around untouched for decades.

Then, before Pollack died in 2008, he gave the footage to composer Alan Elliot, who worked on it for years and managed to get it all synced.  Editor Jeff Buchanan turned it into an 87 minute movie which was planned to be released in 2011.  However, then Aretha Franklin herself objected, and sued Elliot for using her likeness without permission.  Even later than this, her original signed release for the film was found, and the film was scheduled for distribution again, in 2015.  Again, Franklin sued, this time for reasons I’m not clear about, and again it was delayed. 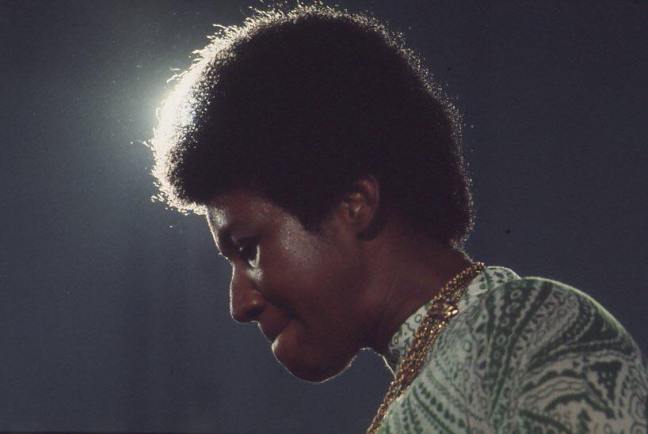 Aretha Franklin herself passed away in 2018, and negotiations were then completed with her family.  The film finally premiered in New York City in November 2018, and then came out worldwide this past April.  For whatever reason, it’s only just now hit Australia.

The film is pretty raw in its production–it’s all 16mm film and mostly hand-held, but the effect is immersive.  We’re right there in the middle of a relatively small venue for what turns out to be a pretty influential two nights of musical creation.  We’re often within arms reach of the choir, led with passion by an enthusiastic director named Alexander Hamilton.  The audience–which includes Mick Jagger, by the way–are all around us, delighting to the performance.  Some are responding with rapturous worship and praise, and at times spontaneous dancing breaks out. At times, Sydney Pollack himself can be seen running around in the background, giving rapid instructions to his crew.  And at times we are only inches away from Aretha Franklin herself, as she puts everything into her performance, the camera coming so close that the sweat on her face ends up being a prominent feature of the film.

And beyond the singing, there’s not much else to see here.  Aretha Franklin barely speaks to the audience at all, leaving that mostly to James Cleveland, and for a few minutes, to her father Reverend C.L. Franklin.  And once the show is over, so is the movie.  But oh, what a show, even forty-seven years later. 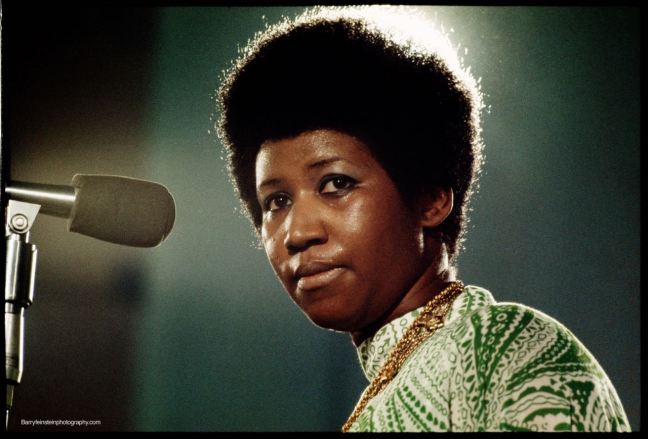 So yeah, sometimes things all come together.  And sometimes they don’t, except for a long period of waiting and a whole lot of hard work.  For my part, it was all pretty simple–the movie’s single showing at a nearby theatre fit neatly in between the time my wife and I had to drop off my daughter off for a school function, and the time she needed picking up again.  So we took the opportunity, and we’re glad we did.  I don’t know why Aretha Franklin didn’t want the film released, but hopefully she wouldn’t begrudge the enjoyment and inspiration we felt as we watched and listened to her sing God’s praises.