I’ve never been a particular fan of Godzilla.  In fact, until recently, I’d only seen two of his 35+ movies–Godzilla vs Megalon (in college) and Godzilla: Final Wars with my friend Rod.  Well, there were scraps of others, including the Roland Emmerich-helmed nightmare from 1998.  Anyway, none of them impressed me, although Final Wars had some ludicrous fun associated with it.

But then, recently I was with my brother in America, and he’s a big Godzilla fan.  So is my friend Rod, and both of them spoke highly of the 2014 feature directed by Gareth Edwards, of Rogue One fame.  Both of them said they enjoyed it, and both acknowledged that one of the criticisms of the movie from some quarters is that it doesn’t feature enough Godzilla.  But they both said they didn’t agree with this, and both of them are super-excited about the trailer for the upcoming follow-up to this film, Godzilla, King of the Monsters.

Anyway, all that to say that my brother was happy to watch the 2014 feature again, so we tuned in, and… 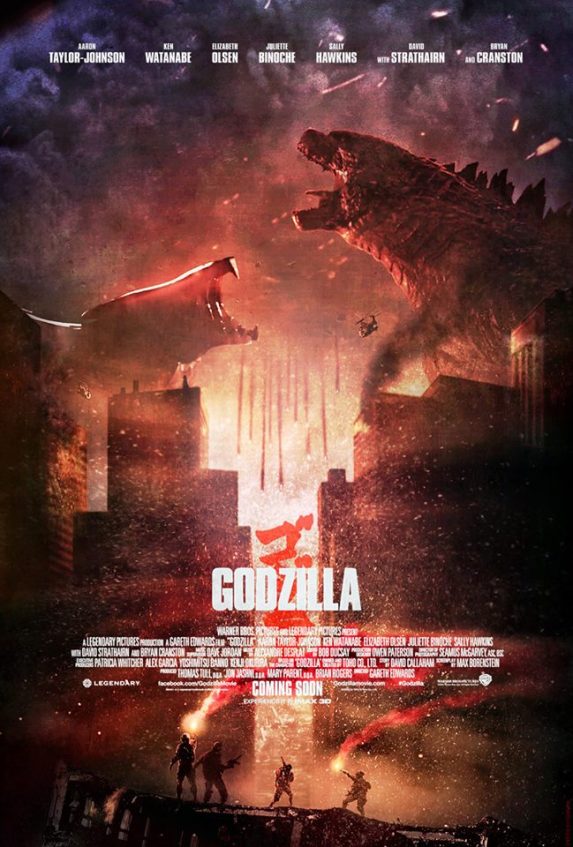 …I really enjoyed it!

The movie isn’t particular long (the internet tells me its 2 hours, 3 minutes in length) but it has a pretty epic quality.  The movie starts with a montage of atomic tests in 1954 (the year the original Godzilla came out) and purports that the Japanese saw something strange then, that they spent decades looking for, until an incident in 1999 when something broke out of an egg in the Philippines and was drawn to a nuclear power plant in Japan.  A terrible disaster ensues and regulations consultant Sandra Brody is killed in a genuinely emotionally devastating sequence.  This leaves her husband Joe an psychological mess and her young son Ford effectively parent-less.

Flashforward 15 years and Joe has become something of a conspiracy-nut, trying to understand exactly what took place in 1999, and Ford is married with a son of his own and serving with the US military.  He obviously sees his father, with his inability to move on from Sandra’s death, as an burden he must bear.  Of course, Joe turns out to be right–something crazy did happen that day, the government is covering it up, and the earth is under terrible threat from giant monsters.

And not just Godzilla either, but rather some sort of gigantic insectoid thing–dubbed a “MUTO” (Massive Unidentified Terrestrial Organism).  It turns out there are two of these things, and all their really interested in is starting a family.  But it also turns out that Godzilla is some sort of balancing force, who sees these things as a threat to the planet, and is driven by instinct to destroy them.  And so the movie gives us this surprisingly sympathetic portrayal of these existence-threatening creatures.  Indeed, in this movie, these creatures are barely aware of the existence of people at all–they generally only kill them as a by-product of their stomping around looking for nuclear energy.  Indeed, if they just weren’t so darn huge, they wouldn’t really be a problem.

But they are huge and they are a problem, and the movie does an excellent job giving us a street-level view of the situation.  And really, this is why people might complain there isn’t enough Godzilla in the movie.  His on-screen presence is limited, but he is there…it’s just that often we’re too close to get a look.  Instead, you catch a glimpse of his foot as he’s stomping along, or his tail as it’s absent-mindedly knocking down buildings, or a shaky view of its head in battle as the viewpoint characters run for their lives.  It’s only at the end, during the climactic battle that the camera really pulls back far enough to give us a good solid look at Godzilla, and like my brother and my friend I found that completely satisfying.

In the meantime, of course there is a human story here.  Ford and his wife are played by Aaron Taylor-Johnson and Elizabeth Olsen, who happen to play siblings in Avengers: Age of Ultron.  I find Johnson to be a bit of a non-presence.  His character is sufficiently different than the villain-turned-hero he played in Ultron, so obviously the guy can act, but somehow his character is flat and unengaging.  Elizabeth Olsen’s Elle is maybe a little better, but she doesn’t really have much to do.  Juliette Binoche plays Sandra, and is quite good in her small role.  Ken Watanabe is Dr. Serizawa a Japanese scientist who has been studying the MUTO, and he brings his characteristic strong presence to the film  But the heart of the movie is really Bryan Cranston as Joe, who definitely should not have been killed off so quickly.

So, Godzilla by Gareth Edwards has come the closest that anything has at making me a Godzilla-fan, and it’s definitely got me excited about Godzilla King of the Monsters, coming next year.  It’s supposed to not just feature Godzilla, but also Mothra, Rodan and King Giddorah. 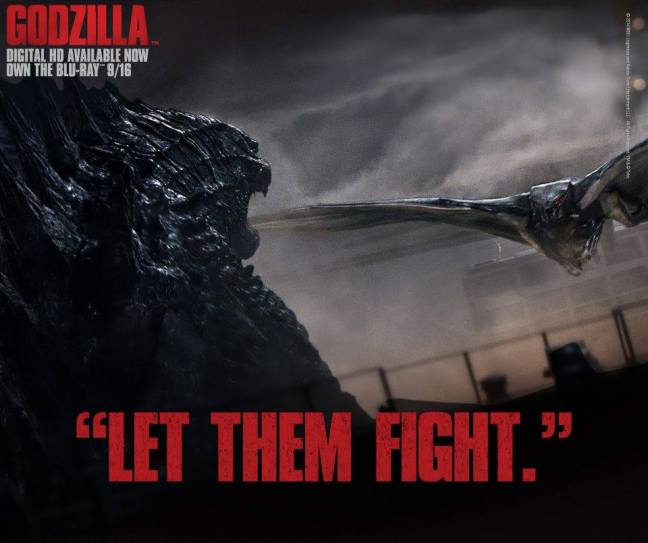