Every week in 2018, the plan is that my friend Rod is going to ask me some geeky question that will answer in a post. This week is Week #42, and the question is a follow-up to the previous question, which I answered in posts of astonishing length over the last two weeks:

What are my three wishes for what I would change in the DCEU?

So to clarify, we’re still talking about the shared continuity of films that have been coming out for the past few years, based on characters from DC Comics.  There have been five movies:  Man of Steel, Batman v Superman–Dawn of Justice, Suicide Squad, Wonder Woman and Justice League.

Last time I wrote about how I would go forward with the DCEU if I was suddenly in charge and wasn’t allowed to change anything that had come before.

This time, I’m writing about what I would change in what has come before…but only three things.

The challenge here is that there are lot more than three things I wish I could change.  I love DC characters–Superman, the Flash, and the like–and so I’m highly invested in these movies being good.  But for the most part, they aren’t.  Even if there are good parts, most of it is serious flawed.

Wonder Woman is for the most part a really good movie, but even there I wish we could change things.  For a movie that my young daughters are genuinely inspired by, I wish the film hadn’t included the basically-naked Chris Pine in the “healing bath” scene, or the somewhat frank talks about sex between Diana and Steve Trevor on the boat, for example.  And more popularly, I wish the last act of the movie had had the same deft touch of direction that most of the movie had.

But neither of these things will be on my list, as like I said it’s a good film and we have bigger fish to fry.

I also won’t be making any wishes about Suicide Squad, as that film is so deeply flawed and broken that there’s not really anything to wish for aside from the whole film being completely remade from the ground up.  I don’t really want to waste a wish there–it’s easier to just ignore the movie all together.

No, I’ll focus my wishes on the three DCEU films that I thought had a lot of potential, but just didn’t quite get there.  And for equity’s sake, I’ll spread out the wishes amongst them–one wish per film.  There’s no guarantee that this will actually fix any of these movies, but it’ll hopefully be a step in the right direction.

It’s tempting to just glibly say here, “Change the Jonathan Kent dies in a tornado scene”, so that the whole thing was not 1) illogical, 2) annoying and 3) undermining of all the characters involved.  But however much this sequence stands out, it’s really just reflective of a bigger problem that the movie has, which is its failure to make Superman a character we can connect with.

The repeated emphasis is on how Clark Kent is an alien and an outsider, and has grown up learning to be so thanks to his father who is regularly nervous about how the world will respond to him.  Clark’s personal journey, if there is one, is him learning about his own Kryptonian heritage.  The familiar touchstones which often help to ground the character–namely, his mild-mannered persona, his life at the Daily Planet, and his conflicted relationship with Lois Lane are all pretty much absent in the movie, and as a result, so are most of the things that normally ground the character. So my first wish relates to those things:

I wish Man of Steel had been restructured so that Lois Lane doesn’t figure out the secret of Clark Kent until after she’d met him at as a colleague at the Daily Planet. 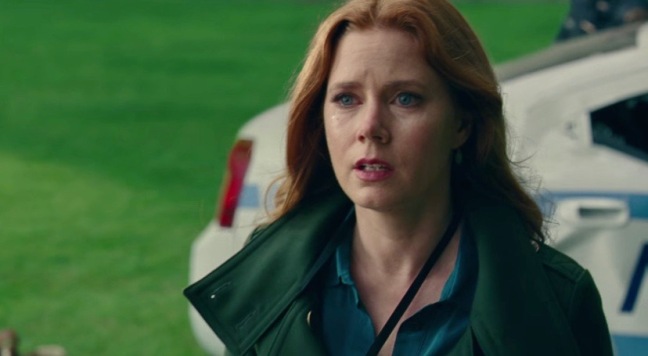 There are lots of ways this could be done but off the top of my head my vote would be that Clark meets Lois in the Kryptonian spaceship after he has put on his costume.  Then instead of Lois proving her journalistic worth by tracking him down to Smallville, she next meets him at the Daily Planet, glasses and mild-mannered personality and all, but doesn’t recognize him right away because she’s only met him once and it was under crazy circumstances and he was in a crazy costume and was doing super-feats, so why would you expect this mousy guy in the office to be the same guy, so come on guys, give the lady a break.

Then as the story progresses, we could have had Lois figure out who Clark is, partly thanks to using her investigative abilities.  So we still don’t have to sustain credibility by making Lois oblivious that two men she knows really well are actually the same guy, but we still get Clark as the disguised outsider, interacting closely with humanity but always feeling a bit separate.

That would be a Superman I could feel connected to, rather than the dour, heavy-hearted guy that we saw.

And, if in the process of this adjustment, we could also make it so Jonathan dies because Clark has to choose between him and a whole bus full of children, and not because he was unnecessarily applying a lesson that he actually doesn’t learn, then that’d just be gravy.

This is a movie with so many structural and pacing issues, it’s a bit hard to pick one that’s most critical to putting things on a better track.  I think of things like, “I wish Batman wasn’t so easily manipulated through the whole movie,” and “I wish Superman hadn’t just retreated like a hermit after he failed to stop the capital from being blown up.”  Or even, “I wish the whole ‘Martha’ thing had just been a small detail that Batman noticed at one point, rather than the turning point for the whole climax.”  Any or all  of those things would have helped the movie. 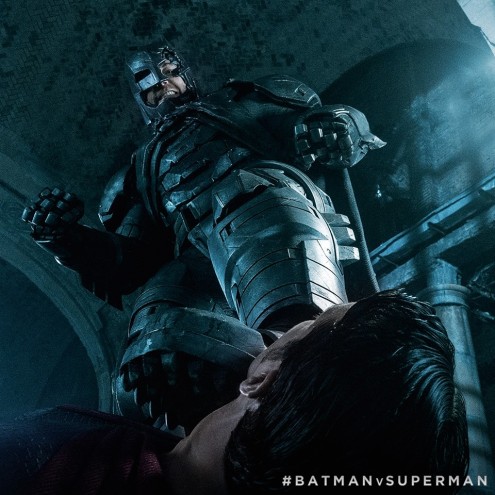 To read all the reasons why I think this is so damaging for the character, you can skim through this post from a couple of weeks ago.  The gist of it is simply that once you make Batman a killer, you undermine his credibility as a character.  Batman is is guy who walks a tightrope with darkness and insanity, but doesn’t fall off (or if he does, then that’s the story).  He’ll do almost anything to deter people from violent crime, but it’s like the fact that he’s unwilling to end someone’s life in this pursuit is how he (and we) know that he’s still a good guy, and not just another violent thug.

I’d have been okay for the story of Batman in Batman v. Superman to have been that Bruce Wayne has so let his fear and paranoia get to him (accelerated thanks to the influence of Lex Luthor) that he’s willing to try to kill Superman, whom he sees as a threat to all humanity.  I also don’t mind that he’s seen to be harsher and more violent with regular criminals.  But when he actually just runs around purposely killing enemies (21 times according to one Youtuber–not counting all the strange future vision stuff) then it’s impossible to see him as anything but a guy who has lot all perspective, and can no longer be trusted.

So I wish that he wasn’t depicted as someone willing to kill, except maybe for Superman himself.  That would have provided plenty of darkness and paranoia for the character, but still be something he could come back from.

Justice League, more than any of the other films of the DCEU, represents missed opportunities.  Here are some of the greatest superhero characters in the world–Batman, Superman, Flash, Wonder Woman, Aquaman, Green Lantern…um, and Cyborg.  The movie features a decent cast with fun performances, and some really well-staged action sequences which do a great job showing the team’s growing camaraderie in the midst of battle.

But in spite of all this, the story is really disappointing.  A generic CGI villain shows up looking for three McGuffins that he needs to do Very Bad Things, which are kept 1) on a pedestal in stone building, 2) on a pedestal underwater and 3) off camera somewhere.  The heroes decide the only way to beat him is to exert all their energy and time resurrecting a dead hero they used to know.  The bad guy can’t find one of the boxes (the one not guarded by super-powered beings) but fortunately, the Justice League leave it lying around on a car so he can easily take it.

My wish is that the story had been better, because really, all the pieces were in place for a great movie.  But since I’m limiting myself, I’m going to throw out this little idea:

I wish that Steppenwolf had attacked now because his boss Darkseid wanted Superman resurrected to lead his armies.

This would have solved a bunch, I think.  First, it’d explain why the attack from Steppenwolf is happening now, and not earlier, as Darkseid wouldn’t have necessarily known about Superman before just a few years earlier, and now that he’s dead, his body is ripe for the picking.

It would have made Superman’s resurrection less of a ludicrous idea from the heroes, instead forcing them into a situation where they have to face a brainwashed version of earth’s greatest hero, and find a way to bring him back.  Indeed, this is kind of what it looks like they were going to do based on the visions Batman has in Batman v. Superman that never got followed up upon.

This would have made the middle of the movie much more compelling, where as it is it just looks like the Justice League embarks on a hare-brained scheme which has the immediate effect of getting them beat up and giving their enemy the weapon he’s looking for.

Incidentally, the second plot point I’d adjust here is that instead of the Mother Box just being something Cyborg has hidden around somewhere, that it’s incorporated into him.  This would force Steppenwolf to capture Cyborg to extract it from him.  This would have helped to avoid another of the movie’s clumsy plot points.

So there we go!  Three wishes for the actual, existent DCEU.

Incidentally, today is my friend Rod’s birthday.  Happy Birthday Rod!  I wish I could have produced a more exciting post, but there you go.

Next week we’re going to leave behind superheros for a while to talk about something else that Rod is asking me to fix.  Until then!