And the countdown to my favorite fictional hero continues.  In today’s episode, we have three comic book characters, two starship captains, one lawyer, one resistance leader, one Jedi knight, one former spy, and one simple warrant officer on an ordinary mining ship. 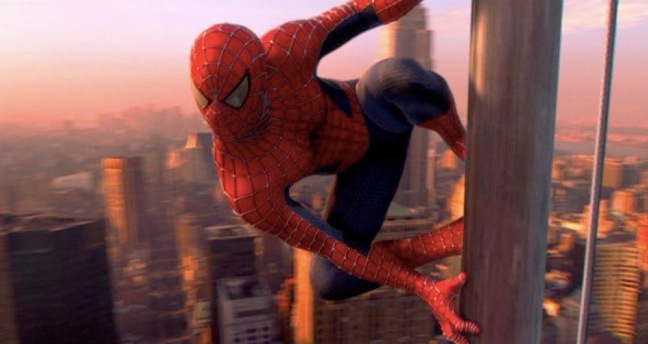 Astro City is a long-running comic series by Kurt Busiek, Brent Anderson and Alex Ross, which tells the story of a city with a century-long history of superheroes—featuring characters who largely re-imagined versions of popular archetypes. Out of all the Astro City characters, my favorite is the clown-themed hero, Jack-in-the-Box. I like his unique look—sort of a harlequin inspired clown that manages to look nothing like the Joker—and the way he bounces around and jokes in his battles. But also like the serious side of the man, deeply concerned with the well being of his family. Zachary Walker is actually the second Jack-in-the-Box, who was deeply affected by the at-the-time unexplained death of his father, but still moved forward and became his own man. In all of this, he has aspects that are similar to Spider-Man and the Wally West version of the Flash, but unlike a lot of the earlier Astro City characters he defies simple descriptions. Ultimately, Zachary Walker is a family man, who cares for his wife, his son and his unofficially adopted children, all while maintaining a heroic legacy.

OK, so I was surprised that Lightning Lad was so low on this list, and I’m equally surprised that Jonathan Archer is so high. Archer was the Captain of what was eventually revealed to be the first Starfleet vessel to be called Enterprise, and if I’d only ever seen the first couple of seasons of the show, I’d probably never consider him for this list. But as Enterprise went on, the show got more focused and Archer’s mission more intense. He ended being responsible for defending the earth against a devastating threat in an unprecedented season-long story. During that time we saw Archer mature as a commander and a diplomat, as he faced the dark realities that his mission took him to. At the same time, he never lost his essential optimism and love for exploration.

One of the most popular and widely utilized members of the Legion of Super-Heroes is Brainiac 5, aka Querl Dox, originally created by Jerry Siegel and Jim Mooney.  He is the adopted descendant of Brainiac, who is one of Superman’s greatest enemies. Brainiac 5, on the other hand, is a young hero whose only claim to membership in the future’s premier super-team is his 12th level intellect. In real life, that doesn’t mean anything, but in the context of the Legion comics, 12th level intellect means he’s responsible for stuff like the Legion’s flight rings, a snazzy force field belt, a self-building headquarters, and tons of other technological marvels. Of course, he was also, for a long time, the Legionnaire mostly likely to lose his mind and be responsible for creating a genocidal monster, but he generally gets over that pretty quickly and makes up for it. Brainiac 5 is an interesting character who often is treated as being detached from and overly superior to his colleagues, but still with enough humanity to keep him relatable.

Known as the man without fear, Daredevil is a blind superhero whose other senses have been so enhanced that he is a dangerous scourge to the underworld.  He was created by Stan Lee and Bill Everett.  I have a basic familiarity with Marvel Comics—no more than the average comic book enthusiast—but most of my love for many of these characters comes from the movies that have been inspired by the concepts. Certainly, however, my appreciation for Daredevil does not come from the Ben Affleck movie from the early 2000’s—that thing was atrocious. Neither does it comes from the Charlie Cox-led TV series on Netflix. I’ve enjoyed that show, but not necessarily been drawn deeply into it.

Rather, there are a couple of comic book stories that I got from the library which really sold me on the concept. Not surprisingly, one of them was Born Again, by Frank Miller—one of the most celebrated mainstream continuity superhero stories of all time. In it, Matt Murdock is pushed to the breaking point by the machinations of the Kingpin (one of the great comic book villains), but still rises up again to bring a victory—quintessential heroism. It’s summed up in one of the most iconic comic book lines ever, as the Kingpin realizes that he has taught him that “a man without hope is a man without fear.”

Back in 2015, Tom Hanks brought real-life lawyer James Donavan to life in Steven Spielberg’s movie, Bridge of Spies. The movie takes place in the 1960’s, and tells the story of Donavan being given the thankless task of defending a known Russian spy. Because of the integrity that he undertakes this job, he is later called upon to broker a secret prisoner exchange between the USA and their international enemies. When he discovers the existence of a second American prisoner—one that the US is not as politically motivated to bring back home—he finds he must contend with the conflicting interests of his own country as well as other unfriendly powers in order to do what us ultimately the right thing. Tom Hanks does a typically good job bringing intelligence and sympathy to his role, and the script paints a strong picture of a quiet hero—someone who risks much to accomplish a great deed, with little reward.

A young medical student, Julie Parrish finds herself along the rest of the world caught up in an insidious invasion by apparently friendly alien forces. As she gathers with other resistors and survivors, she finds that against all odds, she is actually the best person to lead them. And so she becomes a hero of earth, particularly Los Angeles, not because she sought or aspired to the role, but because she was the right person at the right time. Kenneth Johnson’s script for V highlights this quality by drawing deliberate parallels with a pre-invasion Central American resistance leader at the story’s start. In all of this, Julie demonstrates compassion, courage, humility and intelligence in her leadership. Faye Grant’s performance isn’t showy, but it’s solid, and really one of the franchise’s best.

Star Trek: The Next Generation & its movies 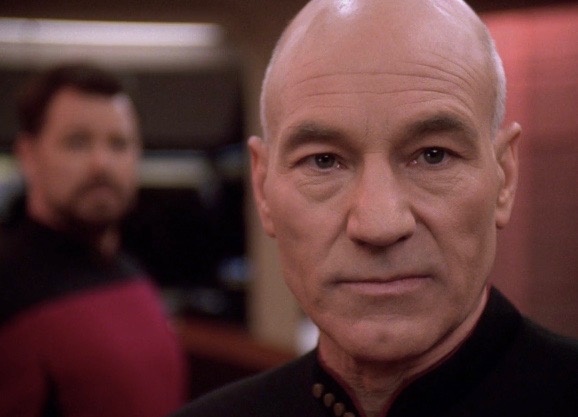 Many fans would consider Jean-Luc Picard to be the greatest captain that the Star Trek franchise has produced. He commanded the flagship vessel of the Federation and the flagship series of the franchise for seven years on television, producing many iconic adventures. Picard was a seasoned commander and diplomat who had a deep love for exploration and discovery, but also a willingness to bring the full military might of his vessel to bear if it meant protecting his people and values. He was an interesting blend of humility related to the weaknesses of humanity mixed with absolute conviction of the rightness of his principles. This never demonstrated so strongly as in his facing off with the Borg and their implacable methodology of removing all individuality from people. Picard is played, of course, by Patrick Stewart, who delivered perhaps the most celebrated performance in the whole history of Star Trek. His work in episodes like Family, Chain of Command, and Tapestry is pretty awe-inspiring.

“I am not a number! I’m a free man!” Has anyone ever written a fan fiction in which Number Six faces off with the Borg? It’s hard to imagine how the former spy would get anywhere with the drone-like aliens, but it’d be an awesome conflict of ideals. Number Six was an unnamed resident of a mysterious community known only as “The Village”—a town where every need was met and every action monitored, which valued conformity above all things. He had been abducted and taken there after he angrily and without explanation resigned from his role as a British spy. Somebody took exception to this and decided that he needed to have his will broken and his secrets exposed. This was the subject of the cult drama from the 1960’s, The Prisoner. Each episode would deal with either an attempt by his mysterious captors to break him, or an attempt by Number Six to escape. Both would inevitably fail, until the final episode where possibly, depending on your interpretation, either one might have succeeded. But through it all Number Six never failed to demonstrate stubborn conviction regarding his ideals, as well as courage in the face of a dominant enemy and compassion for his fellow-sufferers. I think he also got to win a fist fight with two or more people simultaneously in almost every episode. Patrick McGoohan played Number Six with an intensity that has rarely been matched.

Alien & Aliens, and their sequels

Talk about intense! Sigourney Weaver plays Lt. Ellen Ripley, the second officer on board a mining ship, which has the misfortune of encountering a malevolent and powerful xenomorphic life form. She ends up being the only survivor of her crew, ultimately defeating the creature through intelligence and ingenuity. She later reluctantly joins a follow-up mission to return to the alien-infested planet alongside a squad of marines. It’s here in Aliens, the series’ first sequel, that she proves her ultimate awesomeness. She’s courageous and determined and tough as nothing. She holds her head together in the face of monstrosities which cause others to crumble in terror. Sigourney Weaver was rightly nominated for an Oscar for her role in Aliens (even though she lost to Marlee Matlin). Unfortunately, the series continued beyond that with the excruciating Alien 3, in which she died, and the overcooked Alien Resurrection, in which she came back to life in the form of a human-alien hybrid.

I made this list a while ago, and it’s taking me a while to do all these write-ups. So I get surprised by who shows up this list, and when. I wasn’t, frankly, expecting to see Obi Wan Kenobi pop up here. But whatever, here we are—and it makes sense, because really, it’s with Obi Wan Kenobi that we get our best, fully realized picture of what a Jedi Knight actually does. Qui-Gon died too quickly, Anakin was on a downward spiral from the beginning, Luke was finding his feet, Yoda sat around on cushions…but Obi Wan was jumping around, force-pushing and light-sabering all the way a distinguished Jedi career. Of course, Sir Alec Guinness originated the character as wise mentor-figure, but it was Ewan McGregor in the otherwise deeply flawed prequel trilogy who really showed us the heroic warrior aspect of the character.