Boy, I am grateful for the library:  a wonderful place where one can acquire books to read without the bother of having to pay for them or find a place to store them when you are done.  The handy-dandy local libraries here in Perth are generally stocked with a small but random selection of comic books and graphic novels.  This has given me the chance to sample all sorts of interesting wares.  Some of have been duds, but others have been enjoyable like Jonathan Hickman’s FF, or Brian Wood’s The New York Four, or even real treasures like Jeff Smith’s Bone.

Another winner that I have discovered is the works of Gene Luen Yang.  I already wrote about The Eternal Smile some time ago, and I’m not familiar with Yang’s most well-known creation, American Born Chinese, but on this occasion I was fortunate enough to pick up a little all-ages  collection called Animal Crackers. 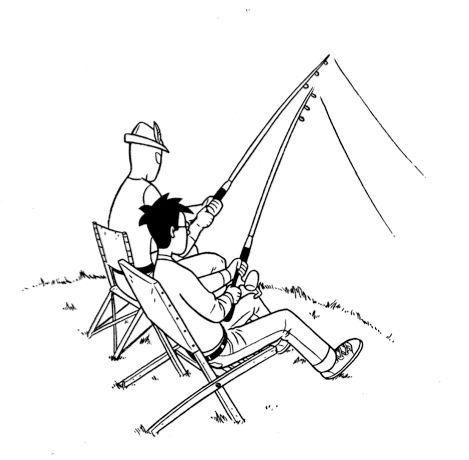 The bulk of Animal Crackers is made up of two independent but interrelated multi-chapter stories:  Gordon Yamamoto and the King of the Geeks and Loyola Chin and the San Peligran Order.  In between is a thematically connected short story called Sammy the Baker and the M.A.C. All the stories are written and drawn by Yang, (unlike Eternal Smile which he only wrote.)

I am sort of in awe of these stories.  They contain a beautiful mix of adolescent angst and light trauma, mixed in with a healthy dose of the fantastic and the absurd, and sprinkled on top with a breezy sense of humor.  And its fitting that I talk about it as a recipe, because all of the stories talk a lot about food.  In the first one, recovering bully Gordon Yamamoto finds that his animal crackers have come to life and have become avatars, of a sort, to the hatred of one of his former victims.  In the second, a baker foolishly creates a new recipe for a cupcake that turns into malevolent rhinoceros.  And in the third, Loyola Chin discovers that she can dream herself into different fantasy worlds by eating particular odd combinations of food before sleeping.

And that’s not even gotten to the strangest stuff yet!  The stuff that’s about the robots that live inside people’s noses or the unexplained creature who plans to wipe out 10% of humanity so that we’ll be ready for the prophesied alien invasion!

Yet, in spite of how out there the story’s get, they aren’t just absurdist comedies.  They are compelling character studies about young people whose sense of confusion and alienation is very down-to-earth and very human.

And their also stories that feature a tremendous themes of redemption.  Gordon Yamamoto deals strongly with forgiveness, and Loyola Chin must confront the bitterness in her heart toward Jesus for allowing the death of her mother to cancer.  It’s powerful stuff, and it’s moving, all wrapped up in a package full of appealing art and quirky unexpected humor.

As I’ve mentioned on here before, I don’t feel I know enough about art to strongly comment on it, but Yang’s style is simple and clean, with a minimum of detail.  The emphasis is on character and emotion rather than on environment.  Considering how out-of-left-field a lot of the comic is, this simplicity is a big point in the book’s favor, as there’s little to distract me from fully immersing myself into the story.

As I said, I don’t own the book, so I can’t scan any pages and post them, but there is a little bonus feature in the back which is about how Yang got into comics in the first place, and this is available to anyone as a free download if you sign up to his mailing list at geneyang.com, so the images you see here are from that.

Yang is currently on Superman.  Superman!  So this guy, who is becoming a favorite writer, is currently scribing one of my favorite characters.  I might need to go check it out.  You too should check out his stuff.